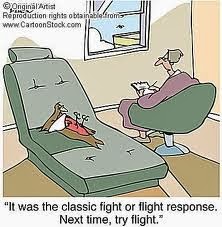 "Fight or Flight" is an automatic response of the body and mind; a physical reaction to circumstances or perceived circumstances.   It produces physical tension and other symptoms.

Learning to relax can offset the physical and mental effects of the Flight or Fight response.


How does the Flight or Fight response work? 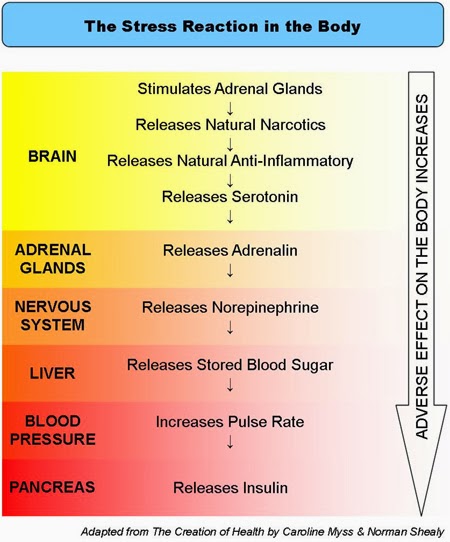 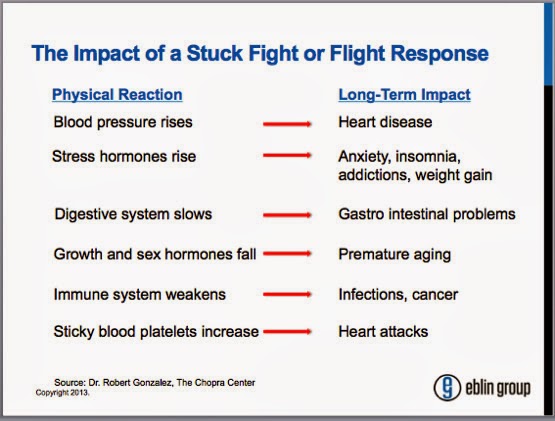 Sometimes the perceived threat is so intense it triggers a "freeze" response. This could be interpreted as the brain being overwhelmed by the threat, or it could also be an adaptive / positive response to a threat. It probably evolved in humans and animals as a way of "keeping still" so a predator's attention would not be triggered by movement.

Either way, for modern humans the freeze response means that the muscles remain tensed and poised for action....action that is never really initiated. That's why we often get "knots" in our backs, shoulders, neck, and arms. We have not discharged the tension.

But the automatic Flight or Fight response can be eased and overcome through conditioning our mind and bodies to remain in a relaxed state.   The resources on this website are easy ways to combat our tendency toward Fight or Fight.